“Brighter prospects incoming for MotoGP’s next 52?”

Danny Kent has been one of the real surprises of the entire Motorsport world this season. Danny has always been a good rider. He was a top-tier Moto3 rider in 2012, finishing 4th in the Championship, a season with two victories. We also saw him in 2014 with the Husqvarna team, scoring two podiums, and frequently being in the mix for wins, as well as his much publicized feud with Jack Miller’s KTM as he and Alex Marquez battled for a Championship.

You could argue 2012 was a breakout year, the first year the third class went to 250cc bikes in what we now call Moto3, but his 2015 season has been astonishing. Through 10 rounds, he’s won 5 races, 8 times on the podium, and 4 times he’s started from pole. He’s been mentioned in the same sentence as the legendary Barry Sheene as the first Brit since him to win three rounds in a row. And that was back in the 70’s.

He’s still on course to beat Alvaro Bautista’s all-time third class points record from 2006, despite the botched pit stop in Indianapolis. The fact he’s getting his own grandstand at Silverstone in a fortnight’s time just highlights how his sudden his meteoric rise has been. Seriously, a grandstand for a Moto3 rider? It’s not even like Alex Marquez, who to a degree, latched onto his brothers MotoGP stand. This season has been nothing short of ridiculous. 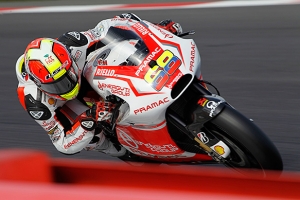 [/fusion_imageframe]And it seems like Danny’s been rewarded for his incredible season. In a similar move to Jack Miller last season, Danny’s been offered a seat with the Pramac Ducati MotoGP team, probably to replace Yonny Hernandez, after his failure to kick on after being given a GP14.2, while being out-raced by Danilo Petrucci in a GP14.1.

You wait a long time for a double promotion, then two come along at once. Many of you have asked me if I think Danny should take this job offer, so, here’s my breakdown of it all.

Danny Kent has some key differences between himself and Jack Miller when his LCR MotoGP seat was announced. First of all, Danny Kent has Moto2 experience. Many forget that he rode with Tech 3 in 2013 after that great inaugural Moto3 season he had, but… Tech 3’s never had a particularly great time in Moto2, so no surprises, it didn’t workout. In hindsight, probably the correct decision, especially given the MotoGP team zoning in on Pol Espargaro. Point is though, Kent has more experience with more powerful bikes, so I don’t think the transition will be as drastic as Jack’s.

Also, I’d argue that Danny’s a better fit for MotoGP in general. His riding style is nowhere near as aggressive as Jack Miller’s was in Moto3 last season, and his style I think is part of the reason his first year has been a struggle, with numerous crashes, and an official warning from Race Direction after he took out Hector Barbera at Assen earlier in the season. Jack had a very aggressive reputation in Moto3, and while can get away with that there, in MotoGP, with 270bhp bikes, your margin of error is far, FAR smaller. Danny Kent is a very smooth rider, one of the most intelligent riders in Moto3, has superb racecraft and maturity, and has a tendency of setting awesome lap times, on his own. 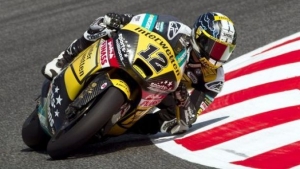 [/fusion_imageframe]Personally, I feel that Moto2 is a class that’s starting to out-grow its usefulness. I’ll go into this in better detail in a future post, but I suspect that Moto2 is quickly becoming a logjam. There are so many very good riders, but who will most likely, never get into MotoGP. Thomas Luthi and Simone Corsi, have over 200 races each. Dominque Aegerter’s Kalex switch may have buried his MotoGP hopes after turning down MotoGP with Pramac last year. Sam Lowes’ future is up in the air after Aprillia poached Stefan Bradl from Forward Racing.

For me, I suspect that you have to be really spectacular in the class, like Maverick Vinales, or Alex Rins in recent times, to stand out. Tito Rabat’s stock has dramatically decreased just by sticking around and getting beaten heavily by Johann Zarco. Shoutout to my friend Zara who pointed out Stefan Bradl in 2011 getting a LCR seat with Honda, but his only competition in that season, was an 18 year old Marc Marquez. Who was 4th in Moto2 that season? Alex De Angelis. Yeah. It’s not like LCR was spoilt for choice, and back then, Marquez was ineligible for promotion anyway. If I personally had the chance to skip the class and get my foot in the door in MotoGP, I would jump at the chance. 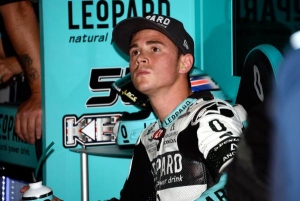 [/fusion_imageframe]And then there’s the MotoGP field itself. Silly season’s been remarkably tame in 2015, with all-three Factory teams retaining their line-ups for 2016, along with Tech 3 already confirming Pol Espargaro’s Yamaha contract being extended for another year, with Bradley Smith expecting to be re-signed at Silverstone. A Pramac seat is probably going to be the best seat available on the table unless Marc VDS take a drastic measure and drop Scott Redding, which I feel is unlikely.

I know that it’s a high risk move to jump Moto2 and head straight to MotoGP, but if you’re Danny Kent, you have to sit down and realize that he’s having a once-in-a-lifetime season, and cashing in on that now and selling high is without a doubt the way to go. He could easily be just another midfield runner in Moto2 if Leopard expand and promote him that way, the conventional way. Getting your foot in the door with Pramac, who’ll be running GP15’s next year, seems like an opportunity too good to pass up. Well, to this writer anyway.