Part 2 of the F1 2015 Season Review, as we look at Toro Rosso, Lotus and Force India, with a legitimate Driver and Team of the Year candidate within them. And probably not the ones you think…

So, onto Part 2 of the F1 2015 Season Review, and if you missed the opening part, talking begrudgingly about Manor, McLaren and Sauber, you can check that out here.

This time, we look at the midfield teams as Lotus, Toro Rosso and Force India go under the microscope. 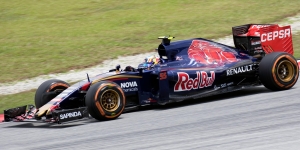 If you ever want to see a team with a strong case of “High risk, high reward”, it was Toro Rosso in 2015. Two rookie drivers in Max Verstappen and Carlos Sainz Jr, and they were both awesome this season. Max often stole the show with his entertainment value, while Sainz showed adversity and patience despite some horrific luck this season.

…However, this wasn’t that good a season. Now to a degree, I think TR were a little unlucky, due to the fairly competitive midfield this time around, but 8th for a team projecting the Top 5 is a disappointment no way you slice it, and 9 mechanical retirements out of 38 cars is not a good reliability run. 10% better and they beat Lotus for 7th, and score an extra few million. It’s the little things like that which can make a big difference, and you can’t expect the team to be getting those crazy 4th places every time out, like Max did twice.

Toro Rosso will be running latest-spec Ferrari power-units in 2016, and I look forward to seeing how they progress. The Ferrari power unit is one of the most reliable in the field, and a big improvement on what they have a Renault. Toro Rosso definitely have an excellent and exciting driver line-up, they just need the car to take them over the top.

Max Verstappen – 8/10: You probably expected this rating to be a fair bit higher didn’t you? Sorry, but entertainment is a subjective thing, and half of Max’s “spectacular” passes were when he was on superior tyres. He was out qualified over the season to Carlos, made a couple of silly errors in Monaco and Britain, and racked up EIGHT penalty points over the course of the season. I’m sorry, but if that was Pastor, we’d be ripping him to shreds. We pat Max on the back though because he “tries” and because he’s young. Perception is 9/10th’s of the law. He was still great, and he was still Rookie of the Year by nearly any measure, and his run of 8 points finishes in the last 10 races was strong, but I don’t think he’s the DOTY candidate many label him as.

Carlos Sainz – 7.5/10: I’ve never been so merciful towards a guy who lost a driver head-to-head by 11-5. I feel so, SO bad for Carlos. He’s been completely kicked to the kerb by the media, and by fans who got the hard-on for Max’s aggressive style and youth, right from the start. Especially in the early going when he scored points in four out of his first six races in the team. Verstappen had two mechanical retirements over the course of the season. Carlos had SEVEN. He was never going to beat Max, especially when he had two out-of-whack performances at COTA and Hungary. Carlos handled this adversity like a true professional, showed great speed, and had two very underrated drives, coming from the back at COTA to finish 7th, and finishing Monaco 10th from the pitlane, in a GP that had a surprisingly low attrition rate. Carlos I think is every bit as good as Max, but just doesn’t fit the star-mold that Max is being cast into, but I think he was great in his own right this season, especially given that very little ever went his way.

Dre’s Overall Team Rating – 5/10: Overrated season for what it was, and the reliability crippled what could have been a really good, breakthrough season for the team. Carlos Sainz reputation’s taken a hit for no good reason as a direct result. Could have easily scored 100+. 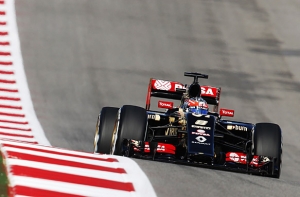 Meeeeeeeeeeeeeeeh. I thought good things were coming Enstone’s way after dumping Renault’s crap for a Mercedes power-unit, but turns out, they were the worst of the bunch on it. Bah.

Lotus need a re-think in my opinion, because their last two cars have not been great at all. Like I said last season, I think the loss of James Allison is hurting this team even MORE than I anticipated, they’ve not been the same since then.

Romain Grosjean is without a doubt their best asset at the moment, and he’s handing over the keys to Jolyon Palmer for 2016, as RoGro helps out Haas. And that’s going to be another hammer blow, as he’s such a great driver to lose. And I’m not sure about the credentials of any team lead by Pastor Maldonado, the Internet’s parody of an F1 driver.

How Renault come back with this team is going to be interesting, but when the owners are coming in with a three-year plan, I’d expect teething problems in the short term. So, business as usual then?

Romain Grosjean – 8/10: If there was a “most underrated” driver of the year, it would go to RoGro. A brilliant podium in Belgium the cherry on top for what was another season where Romain was stuck with the 7th best car, but still got into the points more than half the time of asking, finishing just outside the Top 10 overall. A stellar effort and the Frenchman deserves better than getting his prime years wasted.

Pastor Maldonado – 5.5/10: I’m so split on this one to be honest with you. On one hand, he had a near 50% retirement rate, which is insane. But on the other hand, he actually was quite good towards the end of the season, and half of the incidents he was involved in, wasn’t actually his fault (Australia, Abu Dhabi, China, etc.) But man did he get slaughtered by Grosjean over the course of the year, and that’s never great. And he still does bonehead passes on occasion, like his collision with Marcus Ericsson in Brazil. And ironically, in a similar sense to Marcus, he just doesn’t have those moments where you think: “Maybe he’s turned the corner!” He’s 30 and in Year 4 of his career. If something was gonna happen, it would have happened by now.

Dre’s Overall Team Rating – 6/10: Now, it sounds like I’ve been harsh here, Lotus were AWFUL last season, they were just mediocre this year, but that IS an improvement. With Factory backing, I expect that to continue, but I think the baggage of Pastor is starting to hold them back. 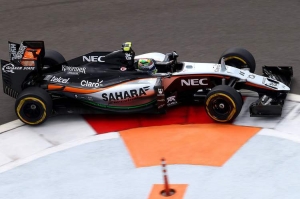 Wow. Wow. Wow. Who had Force India having their best ever season back in February? They looked dead in the water. They got politically bitchy in trying to kill Manor, they were struggling to make engine payments, and they delayed their B-Spec 2015 car by nearly five months. Result? 5th overall. 136 points. HOW?!

Their B-Spec car was genuinely great and a solid all-round performer, especially after the Summer Break, where Force India were pretty much always in the mix for some solid points, and it got the best out of one driver in particular, which I’ll talk about in a minute.

And with Prodrive coming in to help sponsor the team down the road, this could be the start of a big revolution over at Force India. They’re a passionate, strong team, and this could be the break they need. The problem is, it’s only the REALLY good teams above them now. Can they maintain this form with two factory teams behind them, and the established top-tier teams in front? It’s a rough spot to be in, and we’ll see what happens down the road. Because being real here, in the previous fights with McLaren, Force India have always come out the bottom until now.

Sergio Perez – 9/10: You want a Driver Of The Year contender, here’s one right here. Sergio Perez was EXCEPTIONAL after the summer break. Without a question a run of form as good as nearly anyone not in a Mercedes Factory car. This was the guy I was hoping he would be back in 2012 when he shocked the world for Sauber. A brilliant podium in Russia, and consistent finishes in the Top 6-8. Sergio took the B-Spec car and ran with it. After 2014, I thought he was madly overrated. Man stepped his game up and balled this year.

Nico Hulkenberg – 6.5/10: Oh, man. After 3 years of missing out on top seats, to compound the issue, Nico was only mediocre compared to a teammate who everyone WANTED to be good, and who ended up BEING good this year. You have to put Nico’s season in context. He still made the Top 10, and he was still on the unluckier side of things (Engine failure in Belgium, two front wing failures in Hungary and COTA, two races where you know he would have cashed in big), but he also made uncharacteristically bad moves, like Turn 1 at Russia, and the Massa crash in Singapore. Besides that, he has his usual nature of stuffing the board with solid, but unspectacular results, in a sport that breeds off of upside, hence the Perez hype in the past. It’s a bad combination, for a guy who still probably deserves better, but is quickly getting lost in the shuffle.

Dre’s Overall Team Rating – 9/10: A serious shout for Team of the Year. Given where they were in Winter Testing, you’d have thought they were closer to collapse, than a Top 5 finish. A brilliant season from the Silverstone based team. A team where I don’t think anyone on the grid got more out of what they had, pound-for-pound.