It’s F1 2015 Review time, as I go back and talk about the seasons of Manor, McLaren-Honda and Sauber. Ergh.

It’s review season again! This time, I’m splitting this into three, so I won’t bury you in a wall of text so deep, it would give Ron Dennis a hard-on. In this series, I’ll have a look back over all the F1 teams in the 2015 Formula 1 Season and talk about the high-points, the low-points, the drivers and everything in-between. As I said, I’ll be splitting this into a 3-part series, so in this first post, I’ll be talking about Manor, McLaren and Sauber, the bottom three teams in the field, then the mid-carders, then the Main Event of the Big Three, Mercedes, Williams and Ferrari. So, without further ado, I hope you enjoy my 2015 F1 Team Review series!

This was always going to be the most difficult team to talk about. Because really, how do you go about rating a team that has no reason to mingle with any other team, and are almost in a totally different class compared to everyone else?

I made a mid-season review joke about them being “Just happy to be there”, and that’s kinda just what Manor has been this year. Never good enough to challenge even McLaren or Sauber for positions, and obviously, kind of in a race of their own, happy to just make the end, and making great jokes on Twitter. Which is nice.

So yeah, talking about their season from a pure performance standpoint is kind of a waste of time, and the future looks intriguing. On the positive side, a Mercedes factory power unit for 2016 is a huge step forward and being on the best engines will only help them in the long run. And there’s the possibility of harnessing the power of youth with Pascal Wehrlein, the youngest DTM Champion, heavily rumoured to be railroaded in for extra experience.

On the other side, the team has lost Graeme Lowdon and John Booth, the cornerstones of the team from its inception after a split with the owners regarding the direction of the team. Not sure where the management of the team will go from here. Heavy rumours are afoot with former driver and GPDA head Alex Wurz being lined up, but on the whole, the whole team is kind of in flux at the moment. Again. Where it goes for 2016, is kind of anyone’s guess.

Roberto Merhi – 5/10: Not the best of years for the Spaniard. He left Formula Renault 3.5 to concentrate on his F1 career, then promptly flown to Singapore to be told he was dropped for Rossi for five of the last seven rounds. Money must have ran out. Anywho, he got better towards the end of the season, but on the whole, he was on the losing end to the 1-man fight he had with Will Stevens.

Will Stevens – 6/10: Gotta be honest, I find it hard rating him, because I say: “Well he beat Merhi, but what good is that when we’ve all pissed on him?” The fact he went 1-4 against Alexander Rossi doesn’t help his argument much. But he has a nice beard, so that’s got to count for something, right?

Alexander Rossi – 7/10: I was impressed with the American’s first few races in F1. Again, hard to get a true yardstick, but he had the team’s best performance in America, went 4-1 against the established Stevens and I think he deserves a second chance. Hope he gets a seat next year if the funding can come together, man can drive.

Dre’s Overall Team Rating: “We made it!”/10 – Because with Manor, you have to go on a totally different scale here. I hope they kick on and get closer to the rest of the field soon, because if it doesn’t happen next year, I’m not sure if it’ll ever happen. Oh and props for the USA rear-wing. It’s a beauty. 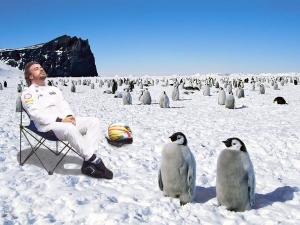 Oh dear. Where do you even start here? McLaren’s worst season as a constructor since 1980. And the thing is, I don’t want to be too harsh on them here, but Ron Dennis set his team up to fail SO BAD here. He was adamant that Honda’s power unit was a thing of beauty, and that the car could win races this season. They got 7 cars out of 38 into the points, and had 14 mechanical failures, the highest failure rate of any team in the field, and I suspect that a lot of this rides on Honda as a power unit supplier causing the issues.

I don’t think McLaren’s chassis was all that bad. They were semi-competitive on tracks where the power deficit wasn’t as bad, like Monaco and Hungary, but that Honda unit was a pile of ass. Honda and McLaren really should have put the whole thing on ice for a year first to make absolutely sure of themselves, because it’s not like the 2014 McLaren was all that bad.

But at the same time, I totally understand why McLaren made this call to switch, given that you just can’t win in F1 as a customer team. So logically, I always thought McHonda were gonna have to take the pain early on. They’ll get there in the end, I’m just thinking, what’s the endgame here? If Honda are three years behind their rivals, what’s it gonna take for them to get with the other factory teams? If Renault today said it’s gonna take them three years to get where they are as a factory team, it makes me dread the future for McLaren and Honda.

As for the drivers, McLaren are also playing a dangerous game. They’ve already lost Kevin Magnussen to pastures new, and hotshot GP2 World Champion Stoffel Vandoorne’s on the way to Japan. How much longer is he willing to wait for his opportunity, with Button in a contract year in 2016, and Fernando Alonso tied down for two more years if he wants it? A lot of questions and not very many answers for the Woking boys at the moment.

Fernando Alonso – 6/10: Well, he was the stronger of the McLaren drivers on the “eye test”. Had a couple of landmark moments, like the Top 5 finish in Hungary, but on the whole, the arguable best driver in the world got thoroughly neutered given the circumstances. Given he’s 35 next July, just how much longer can Nando afford to wait for that third title he so desperately craves?

Jenson Button – 6.5/10: …And Nando got beaten by JB, with two extra points finishes to give him 16 out of McLaren’s 27 points. And at that level, every point counts. JB was a true professional this season and I don’t know how when he’s had three straight seasons of frustration, but a job well done, again, given the circumstances. I just wonder if Ron still wants to keep him on past next season.

Dre’s Overall Team Rating: 3/10 – There’s no getting around it, Honda just wasn’t ready yet, and it dragged everyone down with them. No doubt that Honda will recover in the end, but man, you can’t help but shake the feeling that it’s going to hurt for McLaren for a good while before they get there, and I’m not even sure what “there” is at this point. 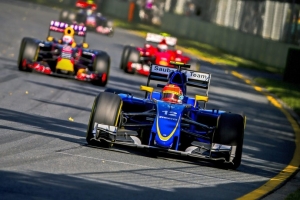 Well, at least it was better than last year, right? Although, to be fair, it couldn’t have been any worse with Sauber failing to score and getting beaten by Marussia. They started really well with Felipe Nasr’s Top 5 finish and both cars getting in the points, but they never really kicked on from there, and I suspect the lack of development from the start of the season, even when they got updated power units at Monza, is the biggest reason why Sauber struggled so much in 2015.

Not to mention, this team gets an automatic 1-point deduction from me for having to spend $15m on Giedo van der Garde’s lawsuit, the result of Monisha Kaltenborn’s sheer stupidity to have three drivers signed to contracts. A shame, given she’s one of my favourite team principals out there. It effectively cancelled out the money the team got for Marcus Ericcson in the first place.

Sauber were better than last year, but not by much, more the benefit of attrition-affected races, because on average, they hovered around 11-13th place most of the time, not dissimilar to last year, but luckily for them, Felipe Nasr was on hand. The Brazilian rookie often cashing in on opportunities presented to bag some big points when needed.

Sauber has work to do, with power plays happening all over the midfield, I have to be honest and say I’m not sure where the next step is for the Swiss outfit. Hope they can spend, because I think they’ll be needing to.

Felipe Nasr – 7.5/10: As said, he cashed in big when the opportunities presented themselves , like in Australia and Russia, and despite a couple of early errors like Malaysia, he had a very solid rookie year, where it was very hard to stand out in such a poor car. 27 points and beating drivers in superior cars is nothing to scoff at, at all. Big oversight in all the “Rookie of the Year” discussions.

Marcus Ericcson – 5/10: Oh, Marcus. I actually think he’s a pretty solid defensive driver too. But the problem with him is, he just doesn’t show any real upside that makes you go “Hmm, maybe he has something!” Finishing last overall of the competitive cars just isn’t a good look at all.

Dre’s Overall Team Rating: 4/10 – Like I said, they DID improve. Just not by much. Felipe Nasr is quite the driver, and I just hope Sauber give him a car capable of showing his true talent, because he deserves better than the distilled mediocrity that the team are giving out at the moment. Where’s 2012 when you need it?!