“It rolls right off the tongue.”

You may have seen the news on the website here, as well as on Social Media, but my Tito Rabat column was my 100th blog on the website since its inception last year! Hooray! But given my numerical prominence, why not celebrate the 101st article on here by addressing you, the #DreNation, and asking some of your most pressing Motorsport needs? Don’t forget, without you, there is no me, so let’s get right down to it and celebrate, Ask Dre, the 101 edition!

“What has been the season you enjoyed following the most since you got into Formula One?” – Eoin Harrington

Ah, that’s gotta be 2012 for me. 2012 didn’t produce the most incredible races top to bottom, so for pure entertainment, it’s not that special, but in terms of a narrative and a story, 2012 was incredible. You had 7 different winners in the first 7 rounds, you had a new star emerge in Sergio Perez and that dastardly Sauber, Pastor Maldonado was all over the place that season, from winning, to crashing, Lewis Hamilton in the biggest driver change in recent times, you had Michael Schumacher’s magical Monaco pole position, the return of Kimi Raikkonen, and of course, a Sebastian Vettel vs Fernando Alonso title fight that went down to the final round, and it took two remarkable comebacks from Seb at the end to win that elusive third title.

Seriously, 2012 could be a Hollywood movie with crazy it was. Just don’t get Michael Bay to direct it.

“Do you think Formula 1 should follow Formula E in awarding extra points for Pole Position and Fastest Lap and would it make the championships interesting?” – Richard Evans

Fastest Lap, I wouldn’t mind, to a point. I think the rule should be there, as long as you set it while on the lead lap, so you can avoid situations where drivers are pitting for fresh rubber, PURELY so they can set the fastest lap when the cars are lightest at the end of the race. Qualifying, heck no. The whole point of qualifying is the benefit of starting from the front, let alone getting championship points as well! If grids were randomized or reversed, I wouldn’t mind, but yeah, not for me. If the races alone don’t carry enough interest, that’s an issue.

“If BrawnGP was never bought out by Mercedes, how long would the team last & how competitive would they have been in following seasons?” – James Francis White

Honestly, I don’t think it would have lasted too much longer. People overrate that BrawnGP team. They weren’t even that innovative. Remember, Brawn wasn’t the only team that had the double diffuser, Toyota did too. The 2009 season tells its own story, where Brawn dominated the first 7 rounds, with Jenson winning 6 of the first 7, but then not winning again for the rest of the season as the other teams had already closed the gap, and Brawn had ran out of money to develop.

Remember, the team had next to no sponsorship too. Now while I’m sure they would have gained some after winning the Drivers and Constructor’s Championships that season, in the long game, Red Bull, Ferrari and McLaren I feel would have continued to be at the top. Maybe they could have survived as a midfield team, but that comes with its own set of problems. Ask Lotus… 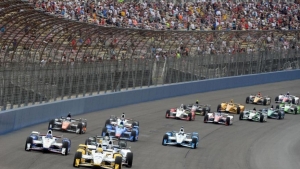 As Simon Pagenaud and Sebastian Bourdais quite rightly said after Fontana, let’s not pretend like racing around Ovals at 225mph will ever be “safe”. I get the complaints about ‘Pack racing’ after the incredible Fontana race a fortnight ago, but this wasn’t the same as the awful accident that cost Dan Wheldon his life, where the cars were always running nose to tail, where one guy loses it, and 10 other cars get hit in a stack. Fontana wasn’t like that, where cars for the most part, could run 3, 4, even 5 wide without a problem. That’s what these 2015 IndyCar aerokits were meant to do. Apart from Takuma Sato, because… he’s [/fusion_builder_column][fusion_builder_column type=”1_1″ background_position=”left top” background_color=”” border_size=”” border_color=”” border_style=”solid” spacing=”yes” background_image=”” background_repeat=”no-repeat” padding=”” margin_top=”0px” margin_bottom=”0px” class=”” id=”” animation_type=”” animation_speed=”0.3″ animation_direction=”left” hide_on_mobile=”no” center_content=”no” min_height=”none”][fusion_tooltip title=””Not NOW, Sato!”” placement=”top” trigger=”hover” class=”” id=””]Takuma Sato[/fusion_tooltip].

Pack racing is inevitable in spec series like IndyCar. And on Ovals, it will always be dangerous. Freak accidents can and will happen. It doesn’t mean we should have radical conversations that aren’t really necessary. 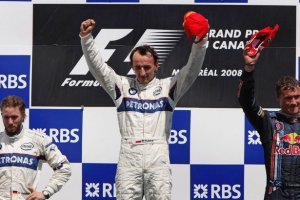 [/fusion_imageframe]“How well do you think Robert Kubica could have done in Formula 1, had he not had suffered the hand injury from the rally crash in 2011?” – Tom Bardsley

I’ve gotten this one a few times, because Robert Kubica will probably be F1’s biggest “what-if” of the last few years. Kubica showed he could be a top-tier driver, and he was just started to become that established top-tier player in 2010, a season with a struggling Renault factory team, but he still got on the podium twice. The problem was, I suspect all the bigger seats already had established names who weren’t going anywhere, with McLaren using Button/Hamilton, the 1-2 punch at Ferrari of Alonso/Massa, and the powerhouse Red Bull combo of Vettel and Webber. Heck, even Mercedes had invested a lot into bringing back Michael Schumacher alongside Nico Rosberg.

So, I feel like Kubica would have just plodded along with midfield level teams until eventually getting bumped out for some 19 year old with £££. A shame, given I feel he could have been a title contender in the right car. Mind you, how many guys could you say that about…

“XMattyG, Alex Gillon and Ben are all in a room. You have two bullets in your gun. Who do you shoot?” – Sean Smyth

Easy. Pump two shots into Gillon (just to make sure) and steal his sponge. Besides, I like Matty.

“How do you think Austria will fair as a motogp track?” – Miles Pardoe

I think it will be awesome. Except maybe Turn 1, which reminds me a lot of Jerez’s near-blind, uphill, tighter than you think entry, I think every other corner is a potential passing spot. Moto3 races there would be INSANE. Can’t wait to see it happen next year.

I got a few. I LOVE the Podcast I now get to produce every week or so, I loved the entirety of my GRID Let’s Play, that was pretty special, but to my own surprise, the one video I love more than anything else, was the Ayrton Senna DLC tribute for Gran Turismo 6 during my brief Let’s Play of it. It was beautifully done, thoroughly captivating and I’d recommend it to anyone. It was 75 minutes long, but worth every minute. Let’s just say, it was the closest I’ve to crying in the 6 and a half years I’ve been making videos. And I spoke AT length about my sister’s cancer, and my own Asperger’s, so that says a LOT… mostly about how weird I am, but still.

Ooo, good one. I think the Top 3 in IndyCar will be Juan Pablo Montoya 1st, with Scott Dixon 2nd and Will Power 3rd (Man can’t catch a break to save his life mind you); and as for MotoGP, I reckon Jorge Lorenzo will win the Championship, with Valentino Rossi 2nd and Marc Marquez 3rd.

I’m not a V8 Supercars watcher normally, but I don’t think that system is really necessary. The last thing I need is Reality TV-esque gimmicks in my racing! I didn’t like the initial similar “Fan Boost” idea in Formula E, but in true practise, it really wasn’t a deal breaker, and far from a guaranteed pass, so maybe it’ll be the same here, but I don’t think drivers should be rewarded or punished during a race for something that’s out of their control for the most part, like their popularity.

“Do you ever intend on doing race reviews for WSBK races?” – Gareth Hunt

Thought never crossed my mind to be honest, Gareth! Is there enough demand to read my thoughts on World Superbikes, as well as MotoGP? I’m not sure. If you’d like to see them, get in touch, I’m all ears!

But in all seriousness, thank you all so much for supporting my writing for over 100 posts on here now, it really does mean a lot. Here’s to the next 101!