Sky Sports: I Don’t Like It, But I Understand…

A lot of people were mad at how Sky Sports F1 covered the Baku incident in Austria, with many fans losing patience. In this piece, Dre argues… Sky were probably in the right…

I’m a massive fan of stand-up comedy. One of my all-time favourite sketches was a controversial one by Chris Rock on the subject of OJ Simpson. (Warning, link is NSFW) Being a comedian, he flipped the script on OJ, trying to put just a little bit of empathy on what he did. Of course, that’s ridiculous given the context, but talking about how his wife’s “bit on the side” was driving his car, sleeping in his house, and then his wife was demanding half of OJ’s fleeting money, it ended with one of Chris’ most famous, immortal lines:

“Now, I’m not saying he should have killed her… but I understand!”

That’s pretty much how I feel at this point with Sky Sports F1.

Anyone who watched Austria’s coverage on their network this weekend was met with a massive amount of talk regarding Baku. From the Thursday press-conferences and the highly “coincidental” pairing of Lewis and Seb in the same room, to many a think piece in build up, to even Sky falsely posting news saying that Vettel and Hamilton had snubbed a handshake post-Quali, when they already did immediately after the session finished… then posted the public snub again anyway.

I get it. I absolutely understand why many a hardcore F1 fan, would be infuriated with Sky’s over-egging of the pudding. I’ve seen folks say that F1’s appealing to the casual fans since its last broadcast was obviously a fortnight prior. I completely agree that Sky will have that mentality going in, especially given that a lot of the dynamic changed heading into Austria… just one problem…

Sky Sports F1 just isn’t for casual fans, for multiple reasons. If you want Sky Sports F1, you’re paying for a Sky package, AND a sports package on top of that. The going rate if you want to watch every F1 race legally in this country is about £500 a season. The “casual” audience? They’re probably getting filled in via Sky Sports News (Who run the same damn stories every 30 minutes and of course, will promote their own product), or are watching on Channel 4, which has half the races live, and the others given extended highlights in pretty good timeslots anyway. I don’t think anyone with just a passing interest is dropping that sort of change unless they’re rich and has more money than sense.

BUT, I don’t think it’s unfair that Sky has that approach. You’re always going to peak ratings wise during a race weekend, and it had been 2 weeks since Baku. This is the nature of investing this much into a round-the-clock F1 channel. Especially when us, the millennial age of F1 fans live in a world of instant gratification.

And let’s not forget, this is Lewis Hamilton and Sebastian Vettel we’re talking about here. The chalk and cheese of F1. But also, the two best drivers in F1, two of the greatest ever, and two of the three biggest names F1 has had in the “social media” era. Lewis Hamilton is box office. He’s Sky’s wet dream. A homeland driver in the best team the sport has ever seen, and if we’re being honest with ourselves, the lowest common denominator for the audience that Sky is so desperate to attract.

This isn’t a story if Sergio Perez bumps into Romain Grosjean. It’s two of the three drivers in a title fight, and a title fight itself that many F1 fans have been waiting for since the turn of the decade. This is Mayweather vs Pacquiao and given how respectful and non-narrative Lewis and Seb have been to each other until then, this was the catalyst Sky was always going to jump on. 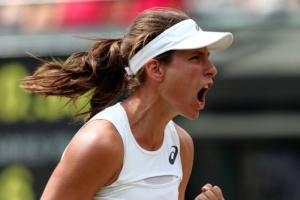 I’m not going to kill a broadcaster for regional bias, like I used to when I was younger. It’s a reality of sports media. We root for our own. Wimbledon, The Olympics, any World Championship that gets major coverage. Patriotism is at the beating heart of sports, even if doing so can sometimes compromise the quality of the product we watch. Do I personally like it? Nah. But I understand why it happens, because it’s so relatable to so many of us who watch sports. And the British former World Champion getting drilled by his arch nemesis and one of the most talked about, polarising drivers of modern times, is a story in itself, whether we want it to be or not.

Formula 1 thrives on characters like Lewis Hamilton. He’s outspoken, insightful, and always thinking bigger. James Hunt and Niki Lauda was revered as a charismatic smoking, womanising playboy feud against the quiet, disciplined, determined calculated Austrian. It’s why Rush went down so well, because it played up on the fact that they made each other better.

I grew up with Michael Schumacher, who was raised in the fires of Ayrton Senna, guys who moved fans with passion, but also sheer ruthlessness in the context of doing anything to win. It’s why they’re revered how they are. And a prominent broadcaster is always going to look for the next guy to put on that plinth. And to Sky Sports, Lewis Hamilton and Sebastian Vettel are those dudes. One being the intriguing, honest, often infuriating LH, and the charismatic funnyman with a temper when the visor goes down.

Was I a fan of how Sky did Austria? No. I thought they went OTT, and they spent the whole weekend digging for soundbites, stirring the pot, and playing up something that really wasn’t there. But the reality is, that’s what sports broadcasters are going to do in a sport that looks so deeply for personality when the equipment are so often the stars. Formula 1 is a nameless, faceless machine… I can’t blame a TV producer for trying to bridge the gap where its audience will always be more compelled by human stories.

So, Formula 1. Baku. Lewis. Seb. And the story that will be the 2017 Season Review cover. Now, I’m not saying we should kill it… but I understand.

PrevPrevious PostWhat’s next for Toyota Gazoo Racing?
Next PostThe People vs World SuperbikesNext