The media landscape is changing, The TV networks are reacting. And we’re caught in the middle.

Sky F1 has signed a new extension with Formula One Management to keep them as the home of F1 in the UK until 2024, five years beyond their current deal finishing in 2019. Also, from 2019 onwards, Sky will be the exclusive broadcaster for F1 going forward, as that’ll be when Channel 4’s current deal expires. 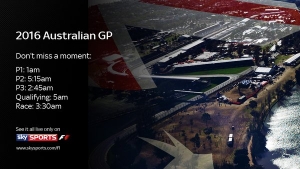 Obviously, the reaction to this news was enormous, and it drew obvious ayre from a lot of fans, and it’s understandable as to why. If you’re not in the United Kingdom, you may not know that Sky is a “Pay-TV” channel, as part of a network you have to pay around £50 a month all-in for in order to have Sky Sports, and hence, Sky F1 as part of the deal.

Now, if you’re pretty specific in your sporting fandom and maybe only watch F1 as a sport, it’s fair to say, this is a shitty deal. Especially if when you think about it, we’ve been spoilt in having F1 always on free TV from 1977.

Ever since Sky F1’s creation in 2012, there was always this air of inevitability about where the direction of F1 Broadcasting in the country was going. Sky is a juggernaut, and the BBC has been scaling down its sports coverage for the last few years, splitting the Six Nations, airing less Tennis and Snooker, and even coughing up the Olympics for 2020. And as I’ve said before on this website, flying out a big crew for 21 races around the world every year, is friggin’ expensive, especially when half of your coverage is live, and the FOM’s price for the rights has steadily increased over the last few years.

There is a massive double-edged sword to this Sky extension. On their end, it’s a brilliant deal for both parties. FOM have now got another eight years of guaranteed income, and Sky have just monopolized and killed any and all competition for its product and can now distribute it without compromise. It’s also good news for the teams, because of the FOM revenue split, it means there’s more money to go around for them, and it puts the sport in a slightly healthier position. 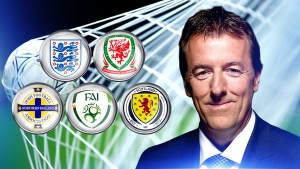 As much as the teams may be worried about potential sponsors departing because of the paywall, this deal has bought them three years of time to figure out a workaround, and the guaranteed TV money probably works out better anyways. Think of it like the Premier League in the world of football. A massive reason it is what it is, is because of the massive amount of revenue its TV rights get, hence the greater emphasis on competition, and the arms race the league has become. And as for the FOM, they can ignore any and all concerns about fans watching, because they don’t make money based on ratings. That’s now Sky’s problem.

We as fans are going to take the brunt of this, and that’s obvious enough, and of course, a shame. From what I’ve seen from life growing up as a 23 year old, we don’t have the disposable income we had 10 years ago, where we can drop all that money for F1, especially with the rise of the Internet and the growing ability to stream races online illegally, which will only rise in the future, regardless of this deal. 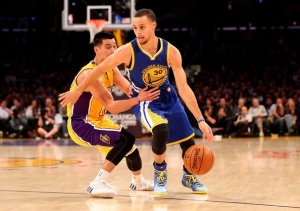 What I think so many fail to realize is that the broadcasting landscape has changed so much in the last few years, and will only change further in years to come. Television is dying a slow death. There is a huge rise in the streaming services, given the “on-demand” culture that media consumers have grown into.

Netflix is a multi-billion dollar company and “Chilling” with it has became a modern-day cultural phenomenon. Amazon and Hulu are also in that space. Internet piracy gets easier by the year. Almost every major US sports company has Internet access for games, like the NFL Gamepass and the NBA League Pass. I’d say streaming would be the future of sports broadcasting… except it isn’t. It’s the present.

As a result, it’s hardly surprising that big TV networks are going to try and monopolize what they have left because, for me at least, sport is the last bastion of live TV itself, and one of the few things in life that the average person will make an effort to watch. I mean, why would else would Sky pay FIVE BILLION POUNDS for the Premier League? Especially given they lost the Champions League to BT Sport, who are building their own little stake with a ton of US Sport, MotoGP, ATP Tennis and more.

Sure, it’s going to suck for new potential fans, as word of mouth dies behind a paywall. Everything becomes less appealing when you have to invest to find out, especially compared to other series like Formula E, which has great YouTube and DailyMotion support. But that’s just how the game has changed, and unfortunately, we as consumers have to adapt to the times. So, anyone down for a TOTALLY LEGALLY sourced stream? Because that’s the wave that places like Sky are so petrified of, and they have to adapt, or die.

But hey, the GPDA’s on our side… So that’s nice, right?