In the wake of some questionable takes on Lewis Hamilton, Fernando Alonso and Sebastien Buemi, Dre comments on the perceived lack of humanity that Motorsports can often give off.

This weekend in Motorsport was a very emotional one. Mostly in two areas. In Hungary, with the emotional rollercoaster of whether or not Ferrari were gonna pull the trigger and switch a damaged Vettel for Raikkonen. The Mercs and their new found “friendship”. Fernando Alonso switching to being a court jester… and being criticised for it. And I haven’t touched Montreal and Formula E’s finale, yet.

This was a weekend to sit down and watch for me because it shows everything I loved about Motorsport, but so many people were quick to criticise for whatever reason… Have we as an audience forgotten ourselves? 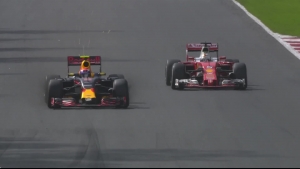 We’re Motorsport fans. We’re in an environment where the machinery can be just as, if not a bigger star than the people in it. I personally think it’s why we as fans are always going to be more compelled by human stories and the drivers who are associated with the tech. I’ve seen for years the urge from like minded fans on social media that sports like F1 are always looking for guys with character… and yet when that gets shown, we criticise them for “not acting the right way”.

I’m glad last week me and many of my friends realised we made WAY too big a deal about Sebastian Vettel’s “anger” issues. I get stressed whenever I mis-translate a bet, let alone going wheel-to-wheel and putting your faith in other people driving 220mph racing cars, like we got in Mexico. I think the same could very easily apply to Mercedes and their drivers on Sunday.

Valtteri Bottas showed tremendous sportsmanship in moving aside for Lewis Hamilton for the “good of the team”. Ultimately, it meant nothing as the Hungaroring “dirty air” put pay to any chance of overtaking, but it says a lot that many fans (me included), were suspected Lewis to be nasty and not give Bottas his podium back. For the record, I’m glad he did. The trust in his team and teammate in the long run I suspect is far greater in value than the three points he would have gained in keeping the third place.

What has surprised me, is F1 pundits and mainstream media actually criticising Lewis for giving the place back. Now, I know Lewis hasn’t had the greatest reputation for following team orders in the past, but it’s sad that sportsmanship and class, something most sports fans absolutely love to praise, got kicked to the kerb. I get it, F1 drivers are selfish by proxy. They’re not even really in it for anything other than personal gain, but I thought we as an audience absolutely hated team orders, like with Multi 21. We’re criticising a guy… for being nice. Weird.

Another one that came under the radar was Fernando Alonso pulling out the deckchair next to his famous “#PlacesAlonsoWouldRatherBe” meme of 2016. This seemed to upset Martin Brundle, who sent a rather vitriolic tweet:

Alonso prob better than 3 guys on podium. Sad he's joking in a deck chair, waste of talent and reminds team bosses why they don't want him

Now some may say he was joking, but given he doubled down on his thoughts when Jenson Button responded, I’m not buying it. Now, I as many have, have made no secret at Fernando’s crippling lack of [fusion_tooltip title=”The biggest black mark in an otherwise stellar career…” class=”” id=”” placement=”top” trigger=”hover”]political sense and foresight[/fusion_tooltip], but GOD FORBID then man has a little fun with the fans. 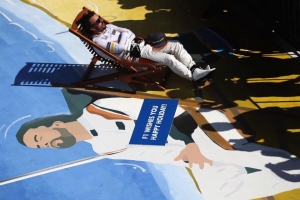 Of course we’d all want to see Fernando back up the front. He’s one of the drivers of the decade, and the Indy 500 only further highlighted his brilliance. But you know why Fernando Alonso is also one of the most valuable assets the sport has right now? His fan interaction is on par with anyone else in F1 right now. He embraces the jokes. He interacts with fans and teams on social media. After his Canada retirement, he gets into the grandstands and chats with the fans. And he’s gone full “British” with self-deprecating humour and making the best out of the bad deal he’s made for himself.

I think it’s a massive reason Fernando is as popular now as he’s ever been. He’s relatable, he’s funny, and still appreciated as one of the best in the business, even in an uncompetitive McLaren. For what its worth, I wholeheartedly agree with Jenson’s comments about his former teammate, Formula 1 is an entity that takes itself way too seriously sometimes, and people like Fernando who “get it” will do a great job in capturing the eyes of the next generation coming through. Even in the twilight of his career.

Montreal. Sebastien Buemi’s rant heard around the world as his title aspirations crumbled around him. It’s a compelling headline, and a viral sensation, but also… rather sad. 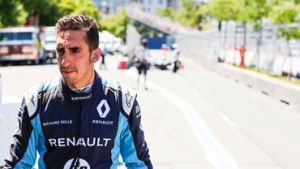 Anyone who saw his tears when he knew the jig was up after Qualifying 2 on Sunday, had to have a level of empathy. Think about it. Buemi failed to score in five out of the last six races. There were two disqualifications that (mostly) weren’t his fault. And to top it off, the final round, Robin Frijns plays piggyback with his rear-wing, ending his slim chance of winning the title.

He’d won six races this season. The rest of the field COMBINED had SIX wins. It was beyond clear that he was the best driver/car combo this season, and somehow was 24 points off winning the title. I’ve seen folks criticise him for saying he should have “carried himself better”, and I think that’s ridiculous for multiple reasons.

Buemi is human too. Human beings get pissed and act out of character sometimes. Why do we hold athletes to such an impossibly high standard when it comes to their emotions and actions, especially when it comes to dealing with stress, something we have to go through every day?

Not to mention, the reaction and the fallout was the best possible thing to happen to the series! It made Race 2 a must watch, and seeing some of the banter from the teams and the drivers were a great, entertaining spectacle. It was as good a marketing exercise for Formula E as any classy gesture or greater display of professionalism that he could have done.

I love Motorsport, in spite of what it is sometimes. But I fear we as an audience are trying to take some of the humanity OUT of the sport, when really, what we truly often want, is trying to find ways to put it back in. Let’s not lose sight of that as we enjoy ourselves.

PrevPrevious PostThe People vs World Superbikes
Next PostTracks And Field, Writing The Next ChapterNext

Bookies Manager, writer, podcaster and video maker for all things Motorsport. Loves sneakers, card games and sports, but refuses to stick to them.
View Full Profile
PrevPrevious PostThe People vs World Superbikes
Next PostTracks And Field, Writing The Next ChapterNext