Mercedes And The Changing Face Of Dominance

Okay, let’s all “be real” with each other here for a moment – It’s not a great time to be a Formula 1 fan right now. I mean, come on, Mercedes are dominating the field, Ferrari and Williams look like distant runners up at the minute, and Red Bull, along with Renault, are like two guilty looking kids next to a broken mirror, blaming each other for the mess on the floor.

Now, a lot of fans and media were very quick to label Christian a hypocrite for calling for balance (And I agree to an extent, you made your bed with Renault, now lay in it) after Red Bull won four straight Constructors Championships between 2010 and 2013, but has he got a point? Let’s break down those four seasons: 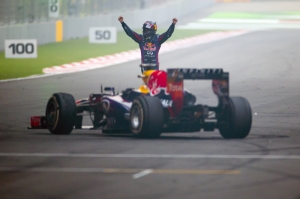 [/fusion_imageframe]2010 – Red Bull win the Championship by 44 points, barely a race ahead of McLaren in 2nd, and Ferrari in 3rd. WDC Vettel wins the same number of races as runner-up, Fernando Alonso.
2011 – Red Bull dominates, wins Drivers title by 122 points, and Constructors by 153.
2012 – 6 different teams and 7 different drivers win races, Red Bull wins drivers title by 3 points, and constructors by 60, 57 of which came from Webber smacking Massa around like Jeremy Clarkson when he doesn’t get a steak. Top 3 in Constructors covered by 82.
2013 – 5 different race winners in the first 10 races, Vettel only dominates 2nd half of the season, winning 9 straight, and 13 overall.

So, I make that roughly one and a half out of the four seasons Red Bull were truly “dominant” over the field. People often forget and don’t look past the “Vettel” era to see that two out of the four years, Red Bull had to really work for those titles, same for Seb. But in general, I can see where Horner’s coming from, especially when the FIA often tried to nerf Red Bull from an aerodynamic standpoint, so that the others could keep up.

It’s the nature of the beast in Formula 1, and for years, the sport is in a troubling phase as they try to referee the tug of war that has gripped the sport in the 21st century – Advancement of technology vs “The Show”. The same show that Nico Rosberg pretended to care about when he smacked Sebastian Vettel around by 35 seconds in Australia, then having the cheek to invite him to a team debrief. Now that’s rich. 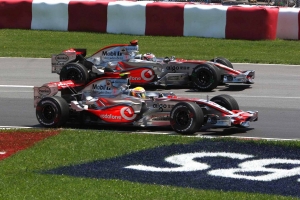 We had a team come out of nowhere in Brawn, come up and poach the title out of Ferrari’s fingers. And here’s another fun fact for you – 40 out of the 65 Constructors Champions in F1 history since 1950, did so while winning half of the races on the calendar, or more. So for all intents and purposes, dominance is a concept that’s been etched into the sport since its inception. Shit happens, brah.

As I’ve mentioned before, I grew up with Formula 1 at the turn of the century, and had front row seats for when Michael Schumacher run rampant and won five consecutive titles for Ferrari until 2004. And you know what I’ve always found funny? What’s the one difference between the Schumacher era, and the Vettel era?

Simple – And it boils down to an old friend of mine I’ve written about before on here, and that’s, social media. In 2004, the biggest Social Media we had was Friends ReUnited,  and I was unsuccessfully hoarding for love hearts on Bebo… 4 years later. People simply didn’t care about Schumacher’s dominance at the time, and if they did, they couldn’t really show it anywhere besides obscure Internet forums. How very modern.

Today, Formula 1 is a different ball game. Fan power and influence is greater than ever before. If the fans don’t like something, you’ll know about it these days. And if anything, it’s really freaking easy to go on Facebook and Twitter and moan about Nico Rosberg sticking a sanitary towel over his head, like I did. 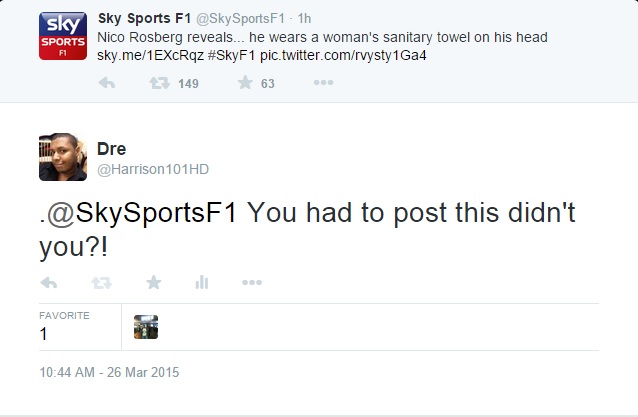 Hence why I’ve often seen so many complain about Red Bull’s overrated run at the turn of the decade, and to a lesser degree, Mercedes dominance now. When in actuality, we didn’t know how good we’ve had it before 2010. Competition! British Champions! Unpredictability! Those things were nice! 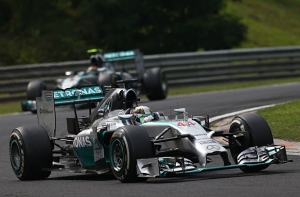 [/fusion_imageframe]And the problem with that now, is there’s an ethical line that may have to be crossed again, if Mercedes get too big for their proverbial britches. Should Mercedes be watered down to give the others a chance?

As much as it isn’t fair, it’s happened to every really good team eventually, such as Red Bull and aero regulations in 2012, Ferrari and the tyre change regulations in 2005, and the rise of Renault, and Brawn GP in 2009, where the field quickly copied their double diffuser technology. It’s the nature of the beast, even if Mercedes should be applauded for creating one of the great F1 cars of our time. Should a team be punished for too good?

Let’s just accept it from now folks, Mercedes dominance isn’t going to go away any time soon. They have the best power units, some fantastic aero, and in a sport where the power unit is now king, no-one’s going to come close for a while yet. Unfortunately, in Formula 1, dominance is a more recurring trait than you realize, so it’s best if we all just suck it up and try to fester some enjoyment from it…

…The problem with that, is we’re all masochists, watching out of hope, more than expectation, especially now. So turning our backs on our passion is difficult, I get that. But in a world where ratings are king, that may just be the only solution. And that, makes me sad. This is the inevitable drawback of “Tech vs The Show”. And as long as we push for the pinnacle in F1, it’s never going to go away. Even if we can tweet about it now instead.[/fusion_builder_column][/fusion_builder_row][/fusion_builder_container]