Formula 1 Has A Perception Problem

Formula 1 can never seem to catch a fair break when it comes to the way it’s perceived. By fans of sport in general, to even how it’s presented to its own audience, and after a lacklustre Canadian GP, fans and pundits alike, took to the Internet to take potshots at how modern F1 is at the moment, and more specifically, elements like the “lifting and coasting” that Mercedes had to implement in the latter stages of the GP, and the current state of tyre management.

Now, I’m not naive as a reasonably intelligent Formula 1 fan, the sport may have over 400 million fans worldwide, but in the eyes of many, it’ll always be a non-sport with guys just going around a circuit over and over again. As much as any sport can be boiled down to a mundane activity, like hitting a ball 300 yards with a metal stick, when your own fans are complaining about how your sport is presented, you have an issue. But is it justified? And how do we get around such a problem?

See, this is another perceived vocal point with Formula 1 in general – It’s most audible prominent factor, the fans, have no idea what they want out of their own sport half the time. Jacques Villeneuve spoke out about this recently, claiming that asking the fans for what they want in F1 could be dangerous, and as much as he’s the Internet’s whipping boy, I mean, he does play [fusion_builder_container hundred_percent=”yes” overflow=”visible”][fusion_builder_row][fusion_builder_column type=”1_1″ background_position=”left top” background_color=”” border_size=”” border_color=”” border_style=”solid” spacing=”yes” background_image=”” background_repeat=”no-repeat” padding=”” margin_top=”0px” margin_bottom=”0px” class=”” id=”” animation_type=”” animation_speed=”0.3″ animation_direction=”left” hide_on_mobile=”no” center_content=”no” min_height=”none”][fusion_tooltip title=”No seriously, he does.” placement=”top” trigger=”hover” class=”” id=””]rFactor with a Pad[/fusion_tooltip] for crying out loud, he’s absolutely right.

Let me give you an example. A lot of fans in the early days of Social Media, were begging for Formula 1 to be more accessible to us. And in the last few seasons, we’ve had more and more team radio messages broadcast to the general public via the World Feed to keep us informed of what’s happening during the race. But then, when we get the messages that drivers are asked to “look after the tyres” or to “lift and coast” in order to save tyres and fuel, we all complain that the drivers aren’t going at 100% all the time. You can’t have your cake and eat it, then bitch when you get sick afterwards. 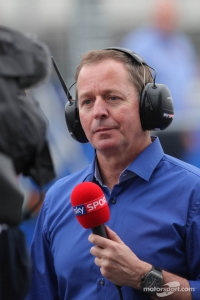 [/fusion_imageframe]The reality of the situation is, car management in Formula 1 has been a thing since the 1980’s. Don’t believe me? Sky Sports F1’s Martin Brundle summed it up brilliantly in his Canada review column;

“If the drivers weren’t saving the brakes, it was fuel or tyres. I explained to my mates that during the 1980s and ’90s, when I was lucky enough to drive, we were doing all of that and significantly more. We also had to look after the clutch, gearbox dog rings, driveshafts, suspension and much more. So what’s changed the perception from what a good number of fans consider the finest era of F1 racing?

Back then, we didn’t have much, if any, telemetry on the cars. We weren’t sending back bursts of data shared by the pitwall, the back of the garage, and a factory-based mission control. The drivers were managing all of this and hoping for the best. Reliability was shocking even into the 2000s but critically all this housekeeping and babysitting wasn’t being beamed to the TV audience in great detail via team radio.”

See? Nothing’s changed here. That golden era so many fans love? It was the same deal, the only difference is, the dirty laundry gets picked up for the world to hear. It’s like having thin bedroom walls so you can hear your neighbours getting it on, winding you the hell up in the process while you’re trying to watch TFI Friday.

This goes hand-in-hand with the running narrative that “flat-out” racing needs to return to Formula 1, to improve “the show”. For me, this and the effect of management in F1, is nothing more than a placebo effect to keep the fans happy. If it wasn’t for all the team radio messages, ridiculous number of interviews and subsequent complaints about how the cars “need to be made harder to drive” and “drivers need to be pushed more”.

I ask: Would you honestly be able to tell the difference if we had no [/fusion_builder_column][fusion_builder_column type=”1_1″ background_position=”left top” background_color=”” border_size=”” border_color=”” border_style=”solid” spacing=”yes” background_image=”” background_repeat=”no-repeat” padding=”” margin_top=”0px” margin_bottom=”0px” class=”” id=”” animation_type=”” animation_speed=”0.3″ animation_direction=”left” hide_on_mobile=”no” center_content=”no” min_height=”none”][fusion_tooltip title=”Or as I like to call it – The Lewis Hamilton Circlejerk hour.” placement=”top” trigger=”hover” class=”” id=””]post-race critical analysis[/fusion_tooltip], or all these radio messages being beamed out constantly? Formula 1 is talking itself down to its own audience, and it needs to be careful, or else it’s going to alienate its own audience, even if the problems brought up are relatively trivial in the grand scheme of things.

Lee Atwater once famously said that “Perception is reality”. Just because Canada wasn’t a classic like in 2014, or the incredible 2011 “Michael Bay” of F1 races, it doesn’t suddenly mean we have a problem with “the show”. A track doesn’t have a divine right to be entertaining. For every Canada 2011, there’s a 2013, a relatively dull and average race.

Quite often, we as fans take elements of the sport for granted, when in reality, I think it’s hard to argue against the V6’s so far. I think the on-track action in this era has been surprisingly great. Bahrain, Hungary, Canada, and Germany were all universally regarded as great races, Bahrain an all-time classic. And quite frankly, if a season has 4+ superb races, how bad was it really? And this was WITH a dominant team in Mercedes winning 16 out of 19 races. In the words of my Dad when I was disappointed to not get a Playstation 2 for my ninth birthday: “They can’t ALL be winners son”. 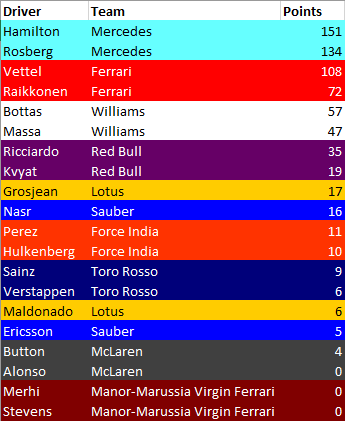 And if you want proof as to where the real issues are in F1 at the moment, take one look at the Championship table. Spot a pattern? That’s right, Felipe Nasr and Pastor Maldonado are the only drivers stopping a complete “Noah’s Ark” league table. We’ve only had 5 different men on the podium this season through the first 7 rounds. That’s never happened before. 19 out of the 21 podium spots this season have been taken by a combination of Lewis Hamilton, Nico Rosberg and Sebastian Vettel. Maybe THAT’S the conversation we ought to be having, instead of whining when Hamilton has to coast with 2 laps to go.

But hey, as I said, “Perception is 9/10ths of the law”. And maybe that’s the problem. And I fear it’ll take something drastic to shake that point of view off of most fans who still pine for 1985, like walking contradictions. Formula 1 has a hard enough time capturing new fans as it is, and with the current crop becoming more and more disgruntled, we need to talk more about the real issues in the sport, rather than the ones that don’t really mean anything.[/fusion_builder_column][/fusion_builder_row][/fusion_builder_container]