Sorry for the small delay folks, but welcome back to me reviewing stuff – And Round 15 of the Formula 1 World Championship had the crazy train head back to Sochi for the second time… and we actually got a pretty good race! Lewis Hamilton took himself up to 42 career wins, Nico Rosberg’s title hopes went down the pan after a throttle failure, and Sergio Perez did it again and stole a podium under ridiculous circumstances! All that and more, in a very intriguing Russian GP.

End Of The Line 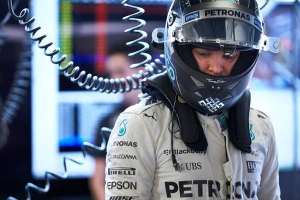 [/fusion_imageframe]Pour one out for Nico Rosberg. Sometimes, it just isn’t your year. A weekend where he smashed Hamilton for the pole, and was in the lead of the race, when his throttle pedal failed and he had to retire, effectively losing his slim chance of the Championship, before it had even gotten started.

Much had been made of the “luck” between the two Mercedes drivers. I think we’re splitting hairs here. We all know Hamilton’s exceptional this season. Rosberg has been by far the unluckier, the one Hamilton retirement being on a day where Rosberg couldn’t take full advantage because of their car being crippled in Singapore – But it’s a moot point. I feel for Rosberg, he gets enough criticism as it is for simply not being Hamilton, but when the luck goes against you too, that just sucks.

And would you believe it, Sebastian Vettel has split the Mercedes, his superb drive to 2nd now giving him 2nd in the Championship too, the gap now being 66 points back to LH. It’s a testament to how brilliant his season has been. He’s beaten an improved Raikkonen nearly 2:1 this season, and has just 2 points less than Ricciardo had in his DOTY Season last year. It’s the kind of season that we all loved Fernando Alonso for in his Ferrari days during the V8’s and I’m glad Vettel is now getting similar recognition.

Sky made a really good race conclusions post about this and I echo their sentiments – This has been the season that’s validated just how brilliant Vettel is as a driver. And who doesn’t want to see Vettel in a competitive car to challenge Hamilton? We know Rosberg just isn’t going to be the guy. Maybe it’s the old nemesis that we all loved to hate from the V8 era that might save the day…

Also, worth congratulating Mercedes on their second straight Constructor’s Championship. Love it or hate it, they’ve built another sensational car. 28 out of the last 34 races they’ve won, and they’re set to score 700 points again in the Championship. Make no mistake, every Hamilton and Rosberg fan needs to bow down and be grateful, because without the incredible car, it would be a very different Championship story.

Sergio Perez – The King Of Opportunity 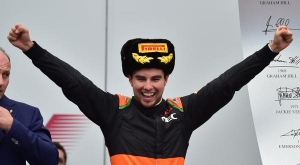 [/fusion_imageframe]Shoutout to Checo – He just has an incredible knack of being able to maximize any opportunity that falls his way, and this was another example of just how fast this could be. I’m not quite as strong as Sky in saying he’s “unravelling Hulkenberg’s reputation”, given Hulk beat him by nearly 40 points last season, but in today’s “highlight reel” nature of sports, Perez is the perfect fit, as a driver that will have two or three really exceptional drives a season to capture people’s imagination, which will always mean more than a driver like Hulkenberg, who has had marquee [/fusion_builder_column][fusion_builder_column type=”1_1″ background_position=”left top” background_color=”” border_size=”” border_color=”” border_style=”solid” spacing=”yes” background_image=”” background_repeat=”no-repeat” padding=”” margin_top=”0px” margin_bottom=”0px” class=”” id=”” animation_type=”” animation_speed=”0.3″ animation_direction=”left” hide_on_mobile=”no” center_content=”no” min_height=”none”][fusion_tooltip title=”Like when he was single-handedly carrying Sauber in 2013…” placement=”top” trigger=”hover” class=”” id=””]performances too[/fusion_tooltip], but is more of a point-stuffer – The “Prost”, to Perez’s “Senna”.

Let’s be real here, this was more on Force India’s superb strategic call to pit behind the 2nd Safety Car, after Grosjean spun into the Turn 3 barrier. He was going to finish 5th, still exceptional, but got a bit of a break when Raikkonen decided to dive-bomb Bottas on the final lap. But, as many gamblers will tell you, “Sometimes, it’s better to be lucky, rather than good.” As for Nico Hulkenberg, who’s first corner unforced error ended his race after an excellent 6th in Qualifying, it could be a serious case of “what might have been”.

Also, I want to give some credit to Felipe Nasr, who after Raikkonen’s 30-second time penalty, finished in 6th. If you ever need another example of the big performance/point stuffer dynamic, there’s one right there, especially after Ericcson had 3 drives in the points not too long ago. Even if Australia seems like a long time ago now. 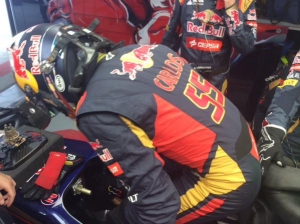 [/fusion_imageframe]I’ve always said Carlos has been overlooked for a long time, and it’s crazy that Carlos had his own weekend in terms of attention, even if it wasn’t for the right reasons. A huge crash at over 200mph on Saturday Morning put him in the hospital for the day. But he was allowed to race on the Sunday, even though he said he felt “dazed” at the start of the race, despite being medically cleared… Not sure that was a good thing.

Even so, he had an awesome weekend, filing through the back of the field, and not being afraid of being aggressive to his sister team in Daniel Ricciardo. It’s very easy to gloss over Carlos because of just how good Max Verstappen has been, but Carlos has just as much potential in my humble opinion. The kid was in a hospital bed 36 hours ago, and he had one the best drive of his young career, and was very unlucky to have had a brake failure at the end, costing him points.

But, he still has magnificent hair. And that has to count for something, right?

So, still complaining about Sochi? 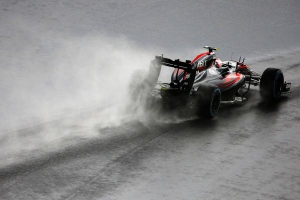 [/fusion_imageframe]Disclaimer: I hate #AskCrofty, and I hate when F1 fans moan about trivial shit. Now, I’ve already written about Sochi and complaining for the sake of it in my Newswipe last week, but it’s nice to see the track actually have a really good race today. For all the complaints that the track is poor, we actually had some wheel-to-wheel racing, and I’m not sure if that’s because the low level of degradation on the tyres let drivers push a bit more than usual, but I don’t even care – Point is, that race was far better than it had any right being, and given we didn’t have a major race altering moment, the midfield action was superb.

Sure, we’re a fickle, angry, intolerant fanbase most of the time, but even the most hardcore of Sochi detractors have to admit, this was one of the better races of a season that’s seriously lacked in that department. We all want to see great racing, that’s the one thing I think we can all agree on. But if you didn’t like that race, I don’t think you’ll ever be truly satisfied, and I think you need to stop clutching your bootleg DVD of the 1989 F1 Season.