Beyond The Grid Girl

In the wake of last week’s news that F1 was removing their grid girls from their events, a national debate has kicked on about their removal. Dre sat back, made a video blog, saw the comments, and then wrote this in response.

I remember it like it was yesterday. 2015 Italian Grand Prix is on the totally legal stream I’m watching. My sister Kendra, is a tough old cookie. Beat cancer when she was 4. Hasn’t had the easiest of childhoods with her Dad not often around. It’s given her a ridiculous level of perspective on the bigger picture in life. She’s known for a while that I watch Formula 1. Seen all the mini-helmets on the shelf, the merchandise, the noise when Seb’s on TV. She was sitting down next to me as Martin was doing his grid walk, and then she dropped a clanger on me:

“Annnnndre.“ She said, softly. “Why are the girls holding all the signs?”

That’s when I knew, at least in my eyes, that the “Grid Girls” had to go. 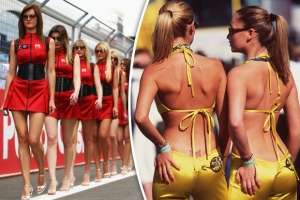 There’s been debates, skirmishes on the issue. The WEC was the first to remove them, to a minor ripple effect, then shot themselves in the foot with a segmented “women’s area”. Then it happened… January 31st, 2018. F1 makes the decision to remove its grid girls. Says the practice doesn’t fit with their “moral values” and “clashes with modern day societal norms”.

It’s a nuclear winter. Opinions dropping left and right. I released a video blog on the subject, agreeing with F1’s decision and it took only a handful of hours for me to get called things like a “liberal snowflake”, a “social justice warrior”, and a “cuck” (Don’t google that one, kids). And I’ve mostly stayed quiet outside a couple of anonymous questions on “Curious Cat. I’ve sat back and let this fester. Now I feel like the time to speak out not only on this practice like I have in the past, and on the backlash since.

I was born in 1992. Started watching F1 in 99’. I was born into it and not really questioning it, even with that sort of time period being the peak of the “grid girl”, semi-naked get-ups, exposed flesh, you get the gist. Never really questioned it, never did it really offend me to be honest, even as I became a more socially aware adult. But when Kendra dropped that question, combined with many incredible people I’ve met through the medium of Motorsport, I knew that this was sending out the wrong message.

When you’ve been watching F1 for 18 years like I have, you don’t pay attention to the little things like that. With Kendra, a newer fan, someone potentially in that next generation, she spotted it. And I don’t think it’s unfair to ask a valid question in: “What kind of message are we telling young girls in this sport when the major aspirational roles on TV are kerbed off at holding the fucking driver signs?” The average channel hopper or potential new fan won’t know about Claire Williams or Monisha Kaltenborn, let alone Susie Wolff, the closest we’ve gotten in the modern age. Leena Gade heading over to IndyCar after being a critical part of Audi’s Endurance dominance? No chance.

See, this isn’t about what Grid Girls ARE. It’s about what they represent and show to the eyes of the world. That’s the true problem, and I think that’s where so many people involved in this fight I feel, have their wires crossed. 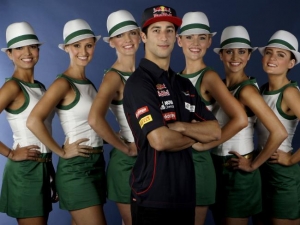 For the grid girls themselves, there’s an understandable amount of upset. I emphasise with them. I’ve been there, and no-one wants the unpredictability of redundancy. But for the talk of “Let the women do what they want!” or “They’re happy! Let em’ do it!”…it sucks that that’s just not how the world works.

I’m going to be completely honest, most men who say something like the above ilk, don’t mean it. The use of “tradition” being held up as a shield for change. Mentions of feminism too.

Answer me this: “Where are these so-called feminists in F1?” Sure, there’s always been a movement to have them removed via people in social media, but they’re collecting cheques from the sport itself. Chase Carey, the former new saviour of F1 beforehand, used to be Rupert Murdoch’s, right-hand man. You really think he was sitting at home with the signature on the press release saying: “Y’know? I think the feminist in me is going to remove grid girls!”

Yeah, right. It’s amazing it took such a small element of the F1 grand machine to stop spinning for so many people to forget the sport is still run by a set of rich, white, conservatives who can save some money, and twin it with what on paper seemed like a sensible PR move.

It goes hand in hand with many fans I follow who screamed that this was a “distraction” from the sports bigger issues, such as lack of overtaking, or competitive balance. Trust me, I’ve screamed from the rooftops about that on this network for years, such as revenue sharing, potential cost caps, and the hybrid era being ludicrously expensive. But, we were getting news stories about those very things being investigated as recently as a week ago. I remember doing a video on the 2020 regulations and we all thought they seemed promising.

Point is, the bigger issues, take time. Removing grid girls is a small, quick fix. You can’t just tell F1 teams; “See these hybrids? Scrap them, build a V8 again. Do it by February. We don’t care if it’ll cost you another half a billion in development!”…That’s not reasonable. That takes years of planning, and if you look at recent F1 in my lifetime, it’s why we’ve radical rule changes every handful of years since the late 90’s.

And I don’t think I need to go too deeply into men pretending about these women’s “right to work” as an excuse to look for their next wank. 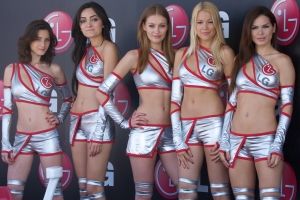 Spotted the trend yet? “Bigger issues”. I read the comments on my video blog, and it was the same Gamergate-esque terms being thrown around I mentioned earlier. Remember when the term “liberal” wasn’t thrown around like an insult or some sort of dirty word? Feminist is now more associated with a stereotypical negative image of a woman than the push for equality that it means when you actually look it up in a dictionary. Four times I was labelled as a “virtue-signaller” because I don’t talk enough about “migrant rapes” and “grooming gangs”. And when this is dropping from people who are hiding their identity, it seems almost cultish.

Jennie Gow, a key voice in the debate and someone mostly impartial, got labelled as one for going to Saudi Arabia for the Race of Champions, which I can only say, I hope you reading this can be fortunate enough that one day, your moral value is greater than your financial one, because that shits hard, especially in a sport where we’re totally okay with racing in Bahrain… despite only giving women the right to vote 15 years ago.

Not to steer too far away off the beaten path, but that really is modern day societal norms. We’re lazy, quick to throw around terms like “racist” and “sexist” and try so hard to label everyone under one roof that said terms lose more of their meaning by the day. And that sucks. I also think it’s people’s cowardly way of dodging having difficult conversations that they don’t want to have. And I think that sucks because politically speaking, I feel the best way of dealing with issues is discourse, rather than lazy insults and shutting down debate.

Did the last 1,000 words sound messy? Convoluted? That was the point because a simple decision made by a large company making redundancies has sparked a national debate. The worst part is, it’s led us F1 fans to once again, direct anger to the wrong areas. Like blaming the developers of Battlefront 2 when its EA making the corporate decisions. If we were better at it, I guarantee we’d have a much greater chance of meaningful change in Formula 1, and in other areas of life itself.

As I said, I think Grid Girls had to go. They were nothing more than furniture used to enhance a sport that should be able to sell itself. A sport that can still be glamorous, without potentially alienating half your audience.

I still hope one day I can tell my now 9-year old sister: “Look, it doesn’t look like it now, but maybe one day F1 will work harder to get women, people of colour and people in the LGBT community involved in the sport, and they can just as happy as the grid girls who used to be around.”

That would be nice. And I don’t think that’s impossible either. I love Formula 1, even if it doesn’t love me back. For me, this was a step in the right direction. Just a shame how we got there, was two steps back.