Been a very emotional week out there in the Motorsports world, a lot of people on edge. So, I tread carefully into this one, in my usual, Dre fashion of, stumbling in and hoping the whole thing doesn’t explode. Great.

First up, Formula 1, and a lot of people blew their rags over the news that Kevin Magnussen was released from McLaren, people getting doubly heated when they found out that he was let go via e-mail, on his birthday. Ouch.

Listen, we F1 folk very often get our knickers in a twist, but I suspect many people are looking at this in the wrong way. Here’s how I look at this situation: 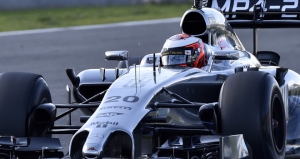 [/fusion_imageframe]Sergio Perez wasn’t very good in 2013. Beaten 2-1 by Jenson Button, coming off that 3-podium season in 2012 with Sauber. Now, if Sergio really was the “next big thing” many were hoping he was going to be, then surely, a 33-year old Jenson would be an ideal yardstick, no? It’s why I suspect Kevin got the gig in the first place, because they felt their own academy got replicate Perez’s mediocrity…

…Which is pretty much what Kevin did in 2014. His one-lap pace was great, but in races he fell short to Jenson constantly. Sure, he was a rookie, and sure he got a podium, but he wasn’t good enough to justify keeping, especially when Fernando Alonso became a free agent.

Ron Dennis had to have known that if he wanted to sign Fernando, and commit him to a 3 year contract, he had to sacrifice the young drivers he had in Stoffel and Kevin, after keeping Jenson for another 2 years. Just the unfortunate side effect of trying to bring in one of the best drivers ever. Now, many will say Fernando can’t develop a car, but then again, did anyone expect McLaren to be this bad in 2015? 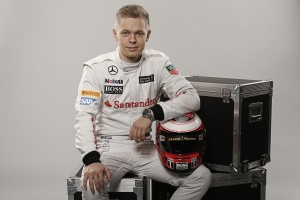 [/fusion_imageframe]People are UPSET over this, like Ron Dennis just shot their favourite puppy. K-Mag was collateral damage, in a situation where something had to give. I suspect the main reason why people were so upset was over buzz statements like “potential” and “promise” and more shit about pay-drivers or something. Sport can so often be soap-opera but real, and this is no exception.

If you really think McLaren intentionally let Kevin go on his birthday, then you’re looking for a reason to be mad. What many people glossed over in that Motorsport.com Q+A he had, was that he knew the jig was up. Why are so mad on his behalf? E-mail releases are nothing new. I’ve often seen athletes in the US sporting world, traded on TELEVISION before they’re even told in person. This is nothing new.

Not to mention, I suspect we in the sports world are obsessed with seeing younger people do well. The amount of “pension” jokes that McLaren have gotten for this amuse me, because no-one ever said this when Alonso and Raikkonen were together at Ferrari. We want to see youth flourish now, more than ever in an era where arguably the most captivating thing about F1 at the moment, is an 18-year old with ballsy overtakes in his backpocket.

And besides, if Kevin is as half as good as the Internet thinks he is, being let go to potentially go to another team, or sporting category, instead of the being “held back” by the shackles of McLaren, should be the best thing to ever happen to him, right? If you’re that certain he’s great, this really shouldn’t be an issue. So please, relax people. Somehow, I think he’ll be okay.

[/fusion_imageframe]And in my second “Why so mad” subject of the day, Nicky Hayden. It was announced at Phillip Island this weekend, that the Kentucky Kid and 2006 MotoGP World Champion would be classified as a “MotoGP Legend”, entering the sport’s Hall of Fame. Unsurprisingly, people got PISSED.

Now, to be honest, I don’t like sports Hall of Fames a lot of the time because of how they’re run, the context behind them, and often, the hidden agendas on the side. Look at the UFC and Baseball Hall of Fames if need some clarity on that. It’s right alongside “Pound-For-Pound” lists as one of my greatest pet peeves in Motorsport journalism.

Furthermore, there’s no getting around it – Nicky Hayden just wasn’t THAT good. He’s the Harry Kane of MotoGP riders. Had the one brilliant title winning season in 2006, and that got enough controversy due to the problems that Valentino Rossi had, but he had not won a GP beyond then. He went to Ducati, and while I applaud him for his loyalty to the brand and his hard work, was never able to replicate the mark that Casey Stoner left behind. I love Nicky, he’s a superb guy and a tremendous ambassador for the sport and its popularity in the US, but on merit alone, he’s a fringe pick at best… 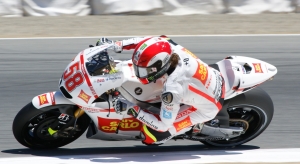 [/fusion_imageframe]And this is why I don’t like Hall of Fames. Sometimes, they lack context. And it’s not entirely the fans fault, it’s confusing when you have the greats like Read, Rainey, Hailwood, Doohan, and then Marco’s there, which feels more like a token gesture than an actual induction.

You could be the biggest #58 fan in the world, but could you honestly sit there and convince yourself that he deserves to be in the same class as Casey Stoner?