Hey folks, Dre here. Hope you’re enjoying the weekend! For another blog post here, I thought I’d tackle some questions again. Only this time, with a twist… I’m the one doing the asking, AND the answering!

See, being one of the F1 Community YouTuber’s that is the most outspoken and opinionated, as a natural result, I get asked a [fusion_tooltip title=”Nearly 2,500 on Ask.FM alone, and counting…”]ton of questions[/fusion_tooltip]. Some of them though, get brought up a lot more than others. So I thought I’d be nice and refer you to a bunch of the most frequently asked sporting and YouTube related questions I get asked. Hopefully you’ll get a kick out of it, and it’ll put some of your minds at ease. Enjoy!

Where are you from?

I was born in London, England on August 17th, 1992. Central Middlesex Hospital in Wembley if you REALLY want to be precise. I moved to Southall back in 2002. I’ve been a West London guy for my entire life to date.

HOWEVER, my family is of Jamaican heritage. My Grandmother on my Mum’s side and both Grandparents on my Dad’s side emigrated here just after World War II.

So how come you don’t have a Jamaican accent?

Seriously, I’m 22 in August and I still haven’t figured that out yet. My Mum has a VERY strong English accent (She was born here too after all), and that’s how I brought up, so if I had to guess, that’s probably where it came from. She only breaks out the patois when she gets pissed off. Which ironically, is often.

I could try a Jamaican accent, but it sounds like when a white guy does it to take the piss… Awful. Can’t really force what isn’t there. 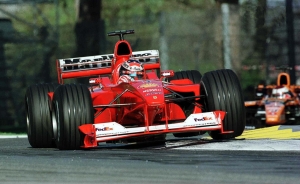 [/fusion_imageframe] When did you start watching Formula 1/MotoGP?

Both was about the same time, around 1999-2000 or so. When I was getting into F1, Mika Hakkinen was the guy to beat, Schumacher had just broken his legs in that Silverstone crash and everything else is kind of a blur. All I knew was, I supported Schumacher back then, because the red cars looked nice.

What was funny though, was that my Dad used to do a ton of welding for the Arrows team back then, and he supported them. Because somewhere, Enrique Bernoldi had to have fans too.

MotoGP wise, my dad was a massive Valentino Rossi fan from the get go, while I supported Kenny Roberts Jr. It was one of the few sporting allegiances that I didn’t adopt from him for some reason. I ADORED that classic 500cc Suzuki he rode back then.

Oh, this old chestnut. People STILL ask me this one. I’ve been following Seb since his debut with the BMW Sauber team. I immdiately warmed to him because he was a German, with a great British sense of humour, he reminded me a lot of Boris Becker, who I always enjoyed on Wimbledon broadcasts and “They Think It’s All Over”, when he took over from David Gower as captain.

He was cheeky, he was funny in interviews, he was just very likeable to me, and was one of the guys I rooted for, alongside Lewis Hamilton when he debuted in 2007. Then Monza 2008 happened…I was all in, haha. It was an amazing moment, one of the magical moments in sport that stunned everyone, how a 20 year old just came out of nowhere and shocked the world.

Him joining Red Bull Racing, a team who back then, where more about putting on a show then being a serious team (Back then anyway), it was a match made in heaven… I had always enjoyed their more easy going nature, And back in 2009, who knew they would be this top running force they are now? (Can’t be the only one who noticed, that they only started winning once Vettel joined, right?)

Overall though, I like his down to earth nature, his sense of humour, his honesty, and his creativity. (Like the helmet designs) It’s all the things that appeal to me as a human being as well. 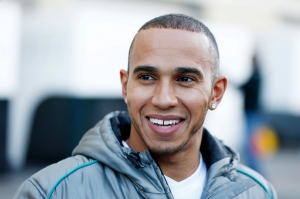 [/fusion_imageframe] Why do you hate Lewis Hamilton so much?

Now, hate’s a strong word. Ironically, if anything, I used to actively root for him when he debuted back in 2007. My family is one of those that are racially, very loyal to their own, and because of his Grenadian roots, they got behind their fellow West Indian. Everyone besides my brother went nuts when he won his World Championship the following year.

But then as he got older, I think his true colours started to come out. I think 2011 was when the turning point. I HATED his feud with Felipe Massa, and him playing the race card (Monaco 2011), even jokingly, to me, was something you just don’t do, and I know I wasn’t the only one who turned his back on him after that.

He is also AWFUL when it comes to handling the media. I think he means well most of the time, but sometimes he just puts his foot in his mouth, which is a shame because trust me, a LOT of the time, I want to root for him again, but his personality of ignorance and sometimes, flat out stupidity sometimes makes it very hard for me to get behind him.

I have no personal issue with Hamilton, and he’s not even my least favourite driver of the current crop, I just think he’s the driver that leaves himself most open to criticism. Which is a shame, considering he’s arguably the most entertaining driver to hit the sport since Ayrton Senna passed away. Don’t get me wrong, I TOTALLY see why he has the fan base he does. Being British only helps given the extensive fan base of the sport here.

Yeah, I get this one a lot too. Honestly, it’s purely coincidence. Now I’ll be the first to admit, it doesn’t look good, but at the same time, it’s just how I grew up.

I watched ALL my sport with my dad growing up, often staying up late to watch the NBA, NFL, and we watched all our sport together, and just by nature, I adopted a lot of the teams he did. Like I said before, Valentino Rossi was the only exception because I LOVED Kenny Roberts Jr’s Suzuki growing up.

And I really don’t want to be one of those guys who changes around, it’s okay in Motorsport because people come and go more often and there’s less of a “team” nature to it, but I stuck with the first time I rooted for. If that makes me a glory hunter…Blame my dad, because he was the REAL one. Rather be labelled that, than a defector, like my brother did (Switched from the Phillies to the Pirates in Baseball, PURELY because of their playoff run last season)

Because it bored me. I know a lot of F1 YouTubers who stuck it out despite the game not being very good, and the handling model putting a lot of folk off (F1 2011 seemed to be too generous in the end), and I did not enjoy the game at all… And to me, why play something you don’t enjoy? It comes across like that in your videos, and I didn’t want to harm that quality by forcing myself to play a game that in my eyes, wasn’t very good outside of Champions Mode.

I always wanted to experiment in other game series for a little while, especially MotoGP, and yeah…That was the catalyst. 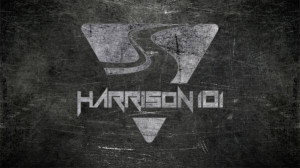 If I knew that, I’d have more than 4,800 Subscribers, haha! But in all seriousness, the best advice I can give you, is try to stand out. It’s hard when YouTube and individual sectors are constantly expanding at a ridiculous rate (IntoTheBarrier with nearly 50,000 Subs, Tiametmarduk with 30,000 or so, and this is just F1), but having a unique selling point is absolutely vital. If you can’t think of something original, try and put your own spin on something, give it some new life of a fresh spin.

Work WITH people, embrace the community, take feedback well and constantly find ways to get better are good habits to get into as well. Don’t get me wrong, I’m no YouTube expert, but those are the things that helped me when I was starting out.

How do you have so many tweets?

Got any other stuff you wanna ask? Send it in the comments. Enjoy Monaco!