“The more things change, the more they stay the same.”

Hey folks, Dre here again, and welcome back to our F1 Race Review series! So after what was a truly ridiculous off-season of legal wrangling, concussions and half the field being changed, the Australian Grand Prix was… mediocre. Bummer. But there are still a lot of eye-opening things to point out from the 2015 season opener at Albert Park. So allow me to read between the lines and spot some interesting things I noticed from what an eye-opening, if a little bit subtle, Australian Grand Prix. 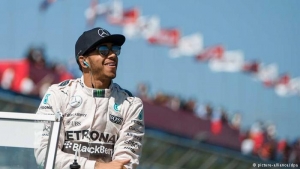 Just me suffering from Deja Vu here? We all know that Mercedes is in a different postcode compared to the rest of the field at the moment, so that automatically is a bit of a “Debbie downer”, but at least it was close… right? Hamilton and Rosberg were very evenly matched on the day, constantly trading fastest laps and tenths of a second here and there with each other, but Rosberg just couldn’t get close enough to enter Hamilton’s DRS Zone, which could have changed things. The Safety Car restart from Hamilton, essentially got him the win.

I just hope this doesn’t become the trend all season long, and we actually get some on-track battles, rather than just playing “follow the leader” all day long. 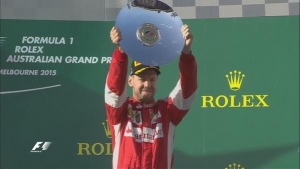 Welcome back, Sebastian Vettel. After a difficult 2014 campaign, it was amazing to see Seb immediately get it spot on with Ferrari right off the bat, in what’s been a real return to form for the boys in red.

And not just for Seb either, Kimi Raikkonen seems to be right on pace as well. Ferrari’s haven’t qualified well in recent years, but they were right there with Williams in Q3 on Saturday, and in the race, Vettel seemed to have the measure of Felipe Massa in 4th, after a bad pit stop released him right into the path of Daniel Ricciardo. Kimi was unluckier, a substandard start and being stuck behind Carlos Sainz and then being forced into a 2-stop strategy, before a loose wheel nut on his final stop ended his race.
But the signs are more definitely there, that Ferrari could be leading the “Best of the Rest” chase with Williams if this race was anything to go by. 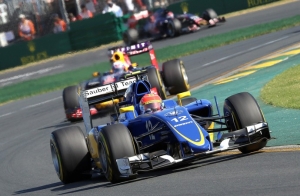 Now, I know it’s early days, and this was far from a representative race, with Magnussen, Kyvat, Bottas and both Lotus cars not making it past Lap 1, but this rookie class looks strong already.

My Driver of the Day easily goes to Felipe Nasr. The signs were there yesterday, where in Qualifying he was just a tenth out of making Q3, having missed Free Practise 1. But in race, he resisted the threat of big reputation drivers like Kimi Raikkonen and Daniel Ricciardo, and despite a big pace drop to the Top 4, finished an excellent 5th, Sauber’s best finish in a race since Nico Hulkenberg at Korea in 2013. That improved Ferrari power-unit certainly seems to be helping already.

As for Toro Rosso, they were both cruelly dealt some bad luck, Carlos Sainz having a pit stop with a faulty screw that cost him 35 seconds, and Max Verstappen suffering an engine failure, but both looked like they’ve already done five years, and Sainz, given the nature of the race (attrition is putting it mild), still got some well deserved points.

Not a good day for the Milton Keynes and Woking squads this morning. Both had only one car running to begin with, Kyvat with gearbox problems, and Magnussen suffering similar issues, meaning we had just 17 cars starting the race. Not a good look.

Daniel Ricciardo was in the middle of nowhere, Red Bull legitimately lapped by the superior Mercs team, and he had no answer for Nasr on an improved Sauber down in 6th. This could be a serious rebuild year for RBR after seeming to struggle in life post-Newey.

As for McLaren, Honda are being ultra-conservative with their power-units, that much is clear, and for Jenson to finish, was an achievement in itself. But it’s more than clear that Honda are a LONG way from where they need to be to even get in the points, let alone where they were last year, challenging for podiums with a great Mercedes package. Has Fernando Alonso already committed career suicide?

Dre’s Race Review Score: 5/10 – As said, Australia was a race of attrition, addition by subtraction. There was some nice passes here and there (I haven’t even mentioned a very mature drive by Marcus Ericcson to finish 8th), but on the whole, nothing that’ll set your trousers on fire. Watch Formula E from Miami instead if I were you. Till next time, thanks for reading!